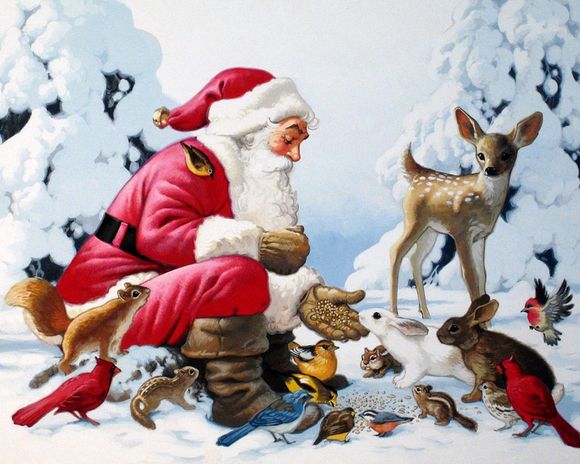 Santa Claus, also known as Saint Nicholas, Father Christmas, Kris Kringle, or simply “Santa” is the one who on Christmas Eve or December 24 enters the homes of good children, usually via the chimney, bearing gifts of toys that his elves have been busy making all year long. He is generally depicted as a plump, jolly, white-bearded man wearing a red coat with white collar and cuffs, white-cuffed red trousers, and black leather belt and boots. Santa Claus lives at the North Pole, with a large number of magical elves, and nine (originally eight) flying reindeer.

The western idea of Santa Claus is a combination of the European traditions of Kris Kringle, Father Christmas and the Christian Saint Nicholas.