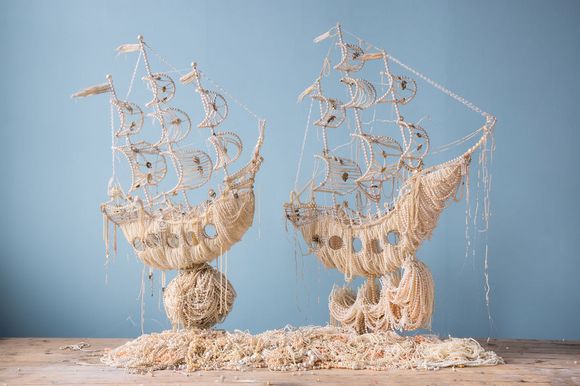 After watching a documentary about a pearl jewelry factory in China, Ann Carrington have found her inspiration to build two Chinese sailing junks cruising on a tangled never ending sea of wedding tiaras, chokers and earrings. She has been collecting old pearl necklaces from junk shops and boot fairs with an idea to build the awesome galleons below.

The sculptures are called Wing Wo Wave and White Cloud City – after two of the largest pearl factories in China. 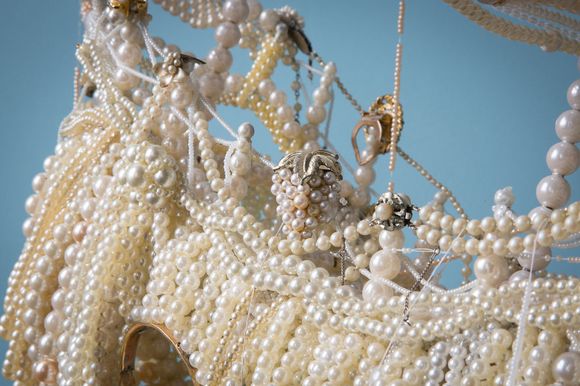 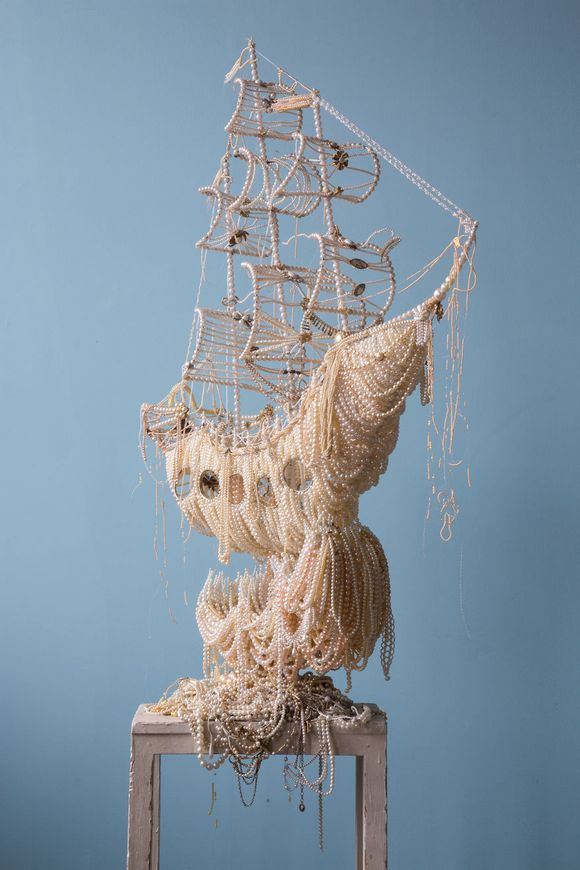 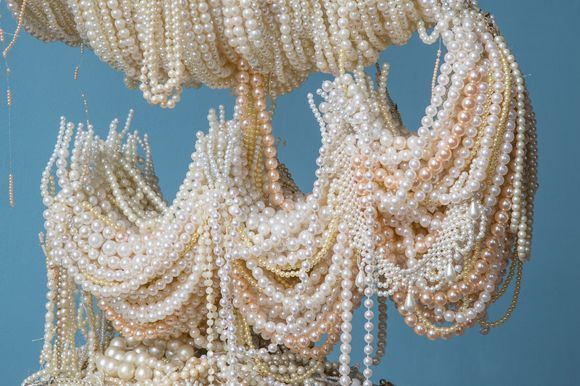 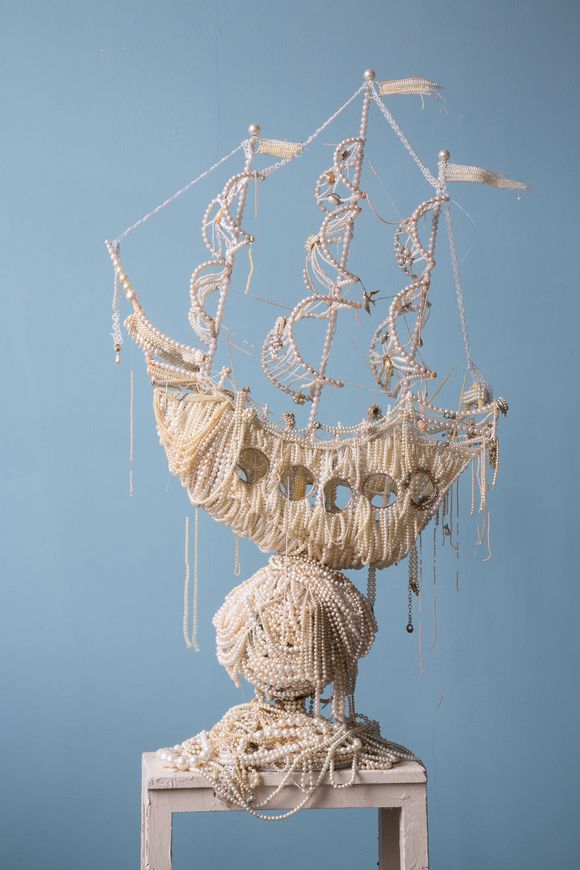 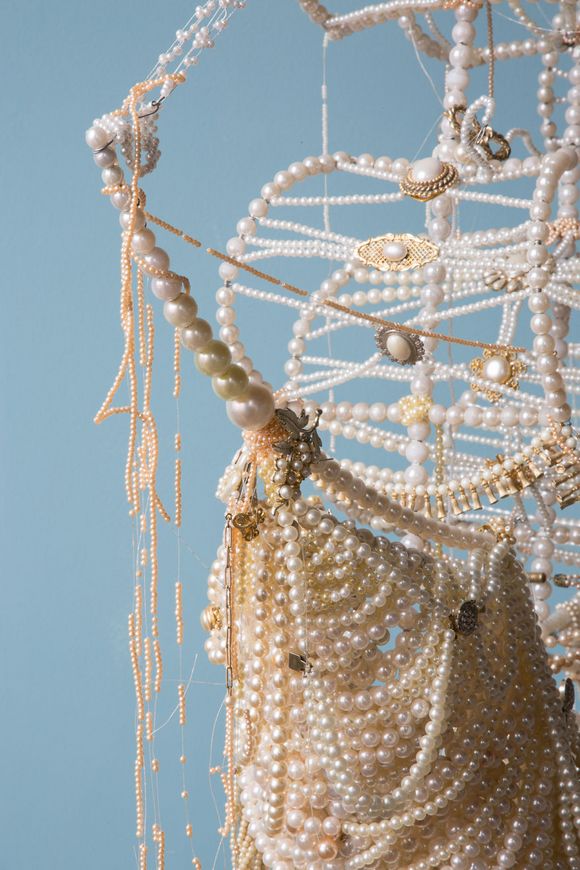 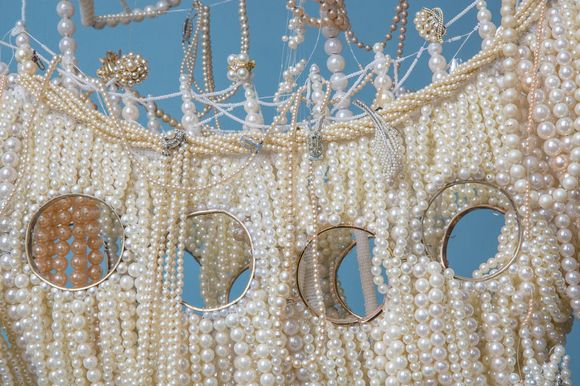 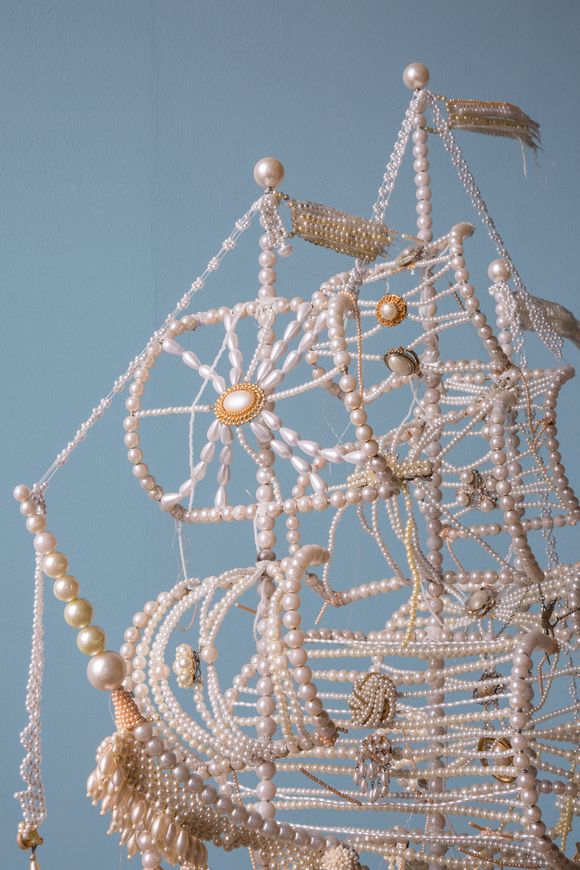 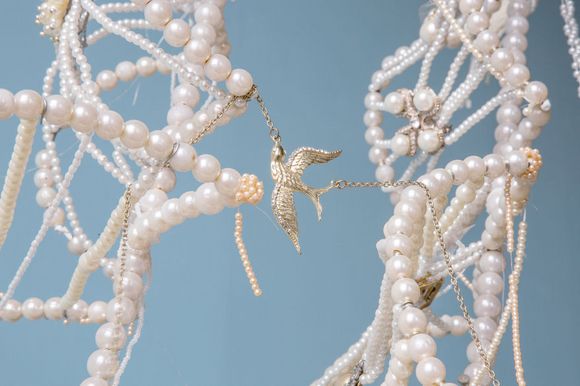