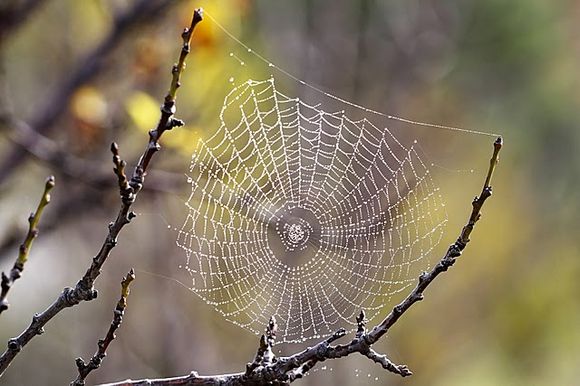 “… Even though Arachne’s weaving was better, Athena didn’t care. She pointed her finger at Arachne and suddenly Arachne’s nose and ears shrank up, her hair all fell out, her arms and legs got long and skinny, and her whole body shrank until she was just a little tiny spider. … “You want to spin,” cried Athena, go ahead and spin!”

Hope you all know the story about Arachne,  a girl who lived in Greece a long long time ago, and who was a very good weaver and spinner. But Athena punished her because of her arrogance and tured her into a spider. But Arachne didn’t stopped! And these pictures here are proof for that!

By the way did you know that spider webs have existed for at least 140 million years, as witnessed in a rare find of Early Cretaceous amber from Sussex, southern England. 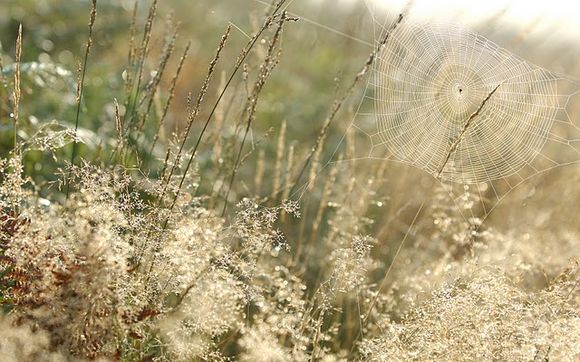 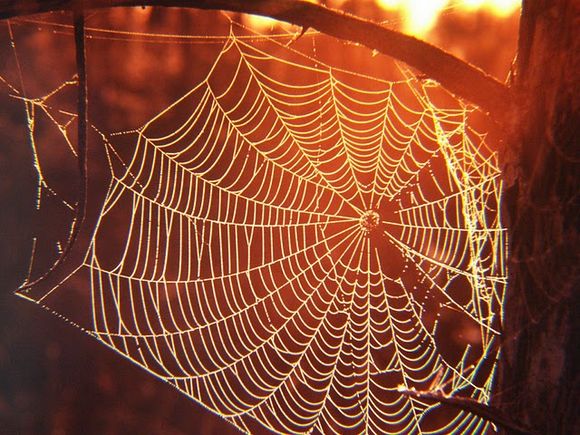 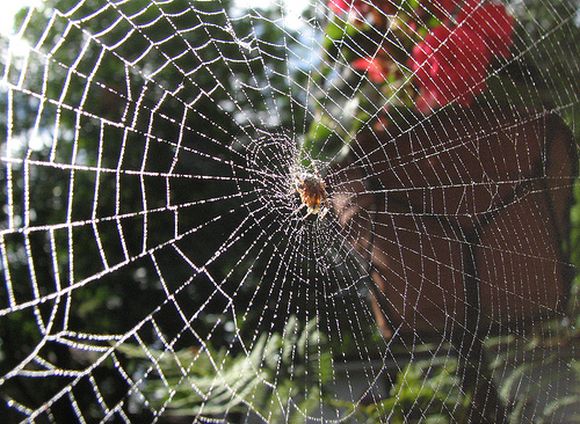 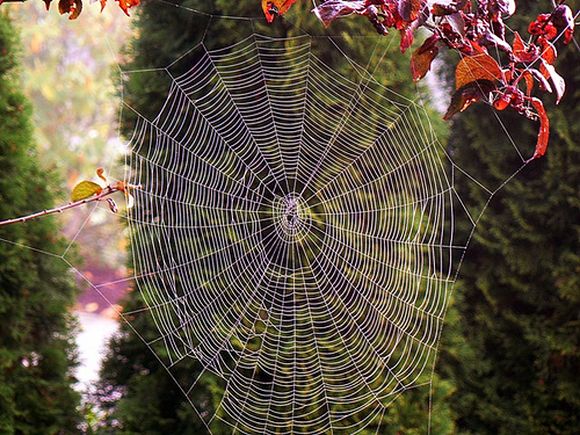 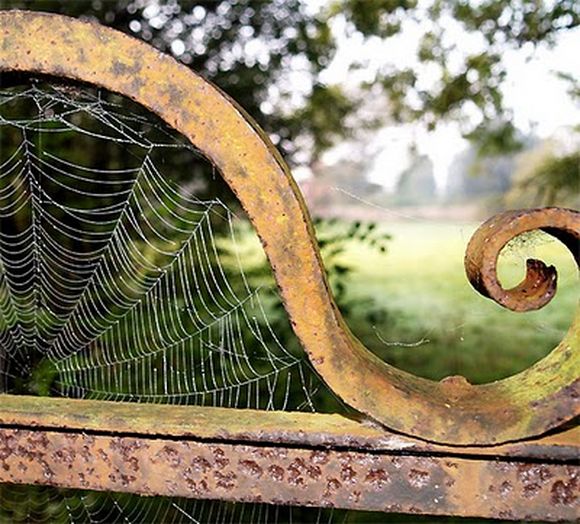 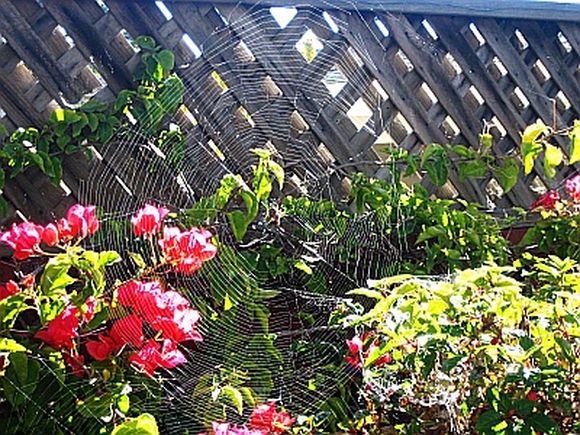 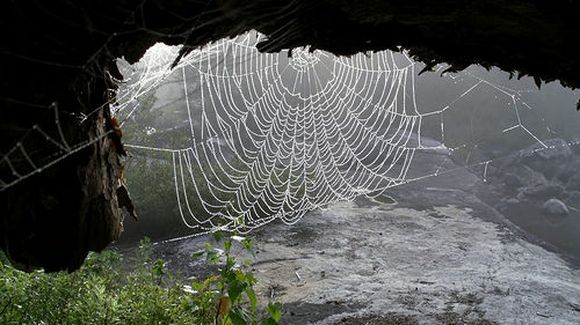 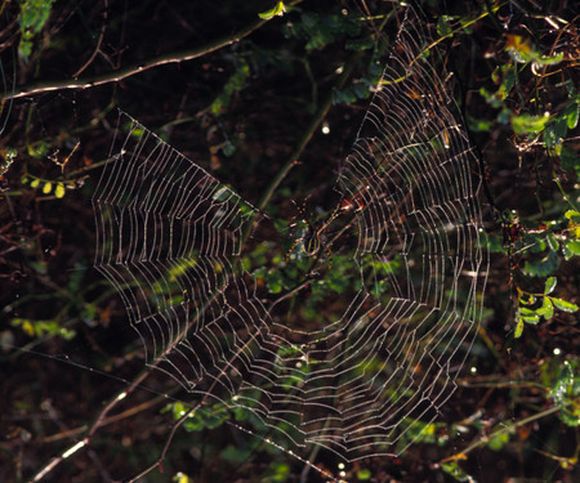 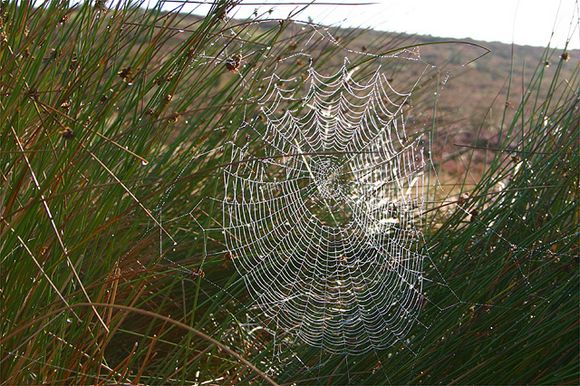 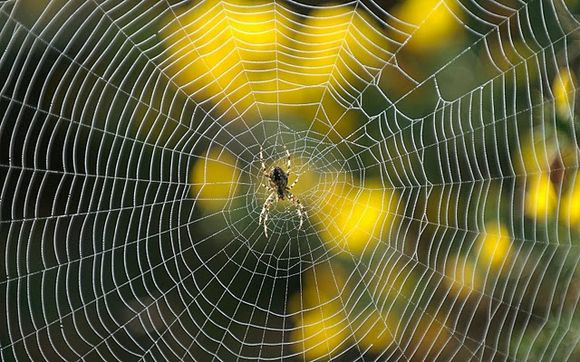 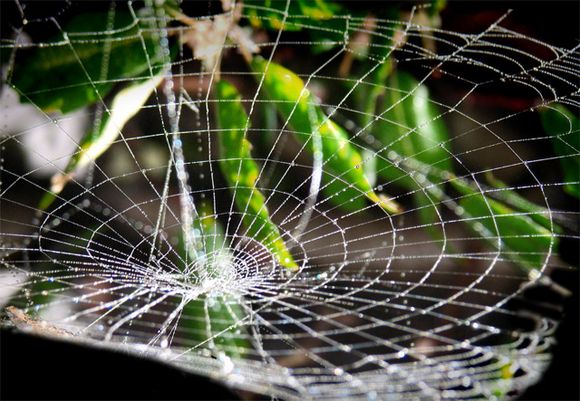 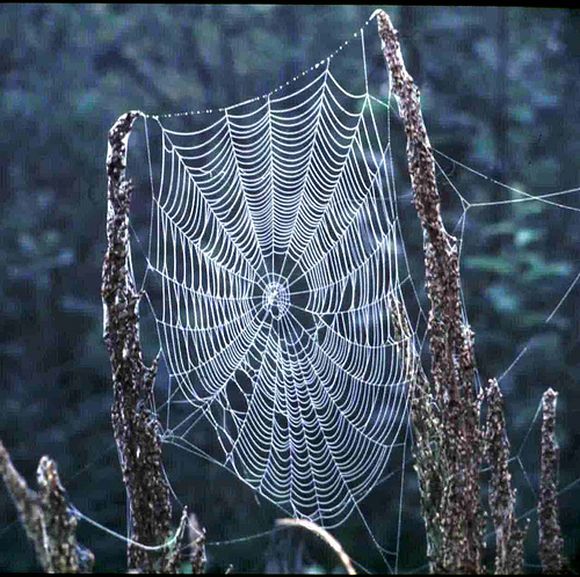 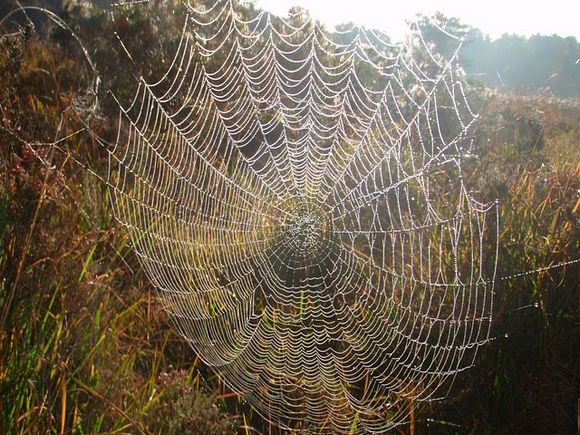 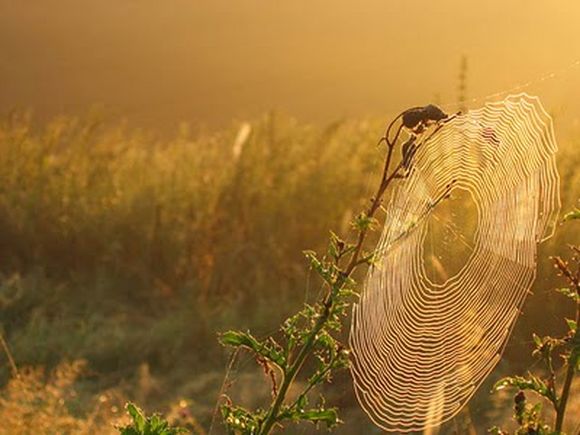 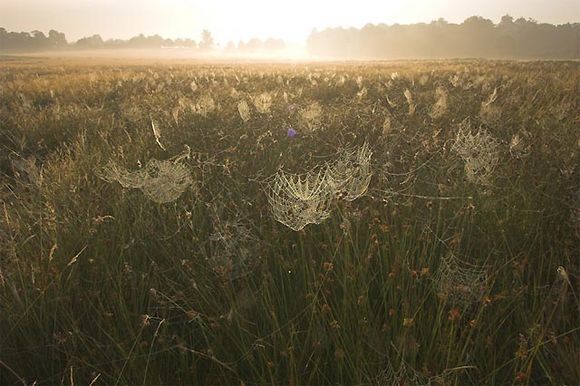 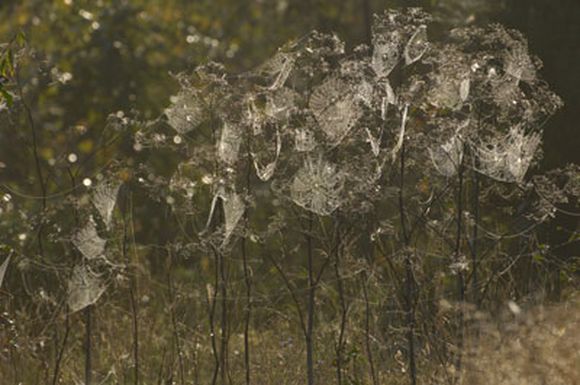