The Pomeranian (often known as a Pom, or more humorously, Pom Pom) is a breed of dog of the Spitz type, named for the Pomerania region in Central Europe (today part of eastern Germany and northern Poland). Classed as a toy dog breed because of its small size, the Pomeranian is descended from the larger Spitz type dogs, specifically the German Spitz. It has been determined by the Fédération Cynologique Internationale to be part of the German Spitz breed, and in many countries, they are known  as the Zwergspitz .

Pomeranians are small dogs weighing 1.9–3.5 kilograms and standing 13–28 cm high at the withers. They are compact but sturdy dogs with an abundant textured coat with a highly plumed tail set high and flat. The top coat forms a ruff of hair on the neck and back, and they also have a fringe of feathery hair on the hindquarters.

Pomeranians are typically a very friendly and lively breed of dog. They love to be around their owners and are known to be protective of them. They bond quickly with their owners, and can suffer from separation anxiety if not trained to spend time alone. Pomeranians are alert and aware of changes in their environment and barking at new stimuli can develop into a habit of barking excessively in any situation. They are somewhat defensive of their territory and will thus bark when they encounter any outside noises.

And this is Boo, The cutest Pomeranian in the world!!! 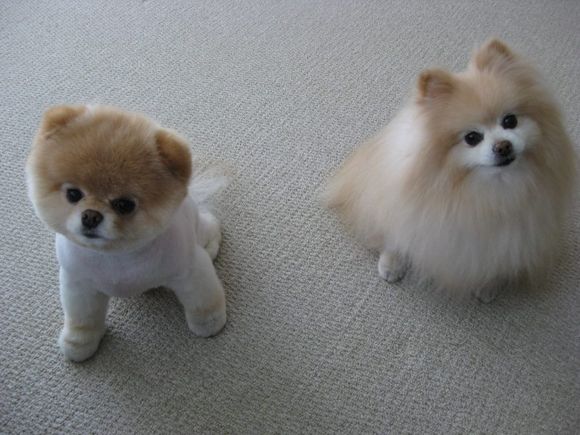 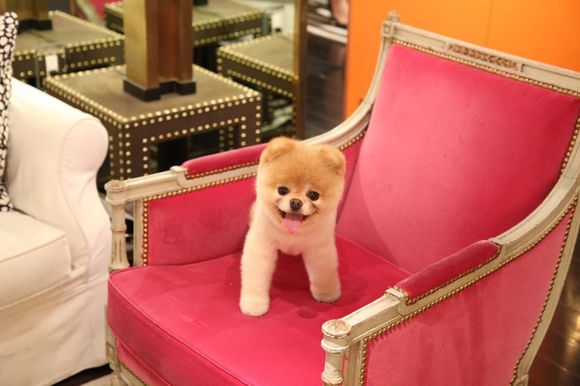 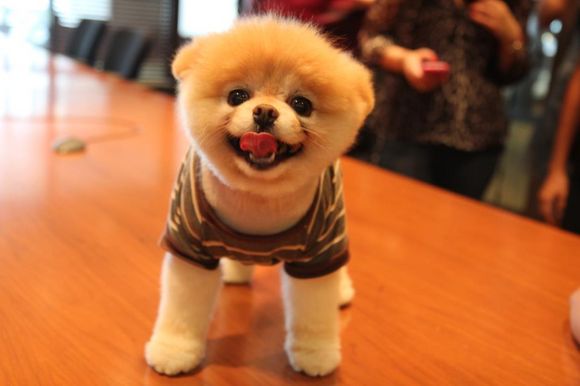 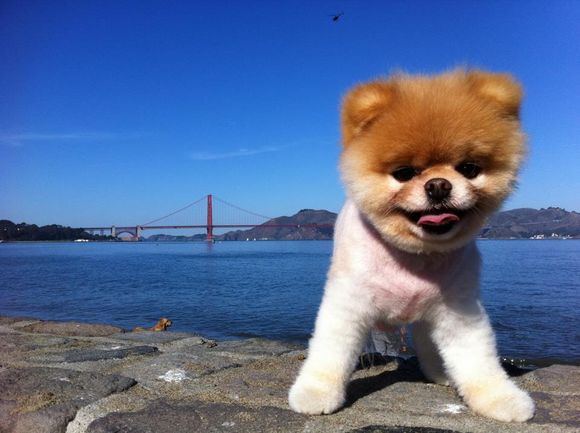 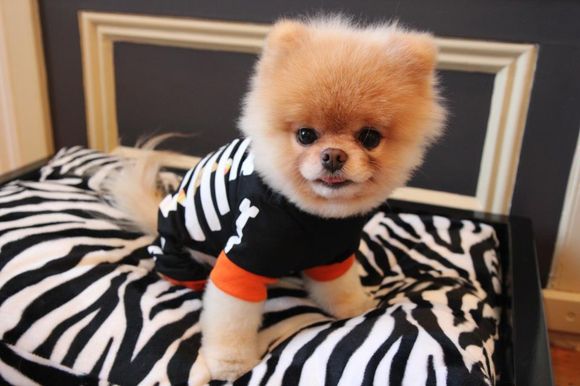 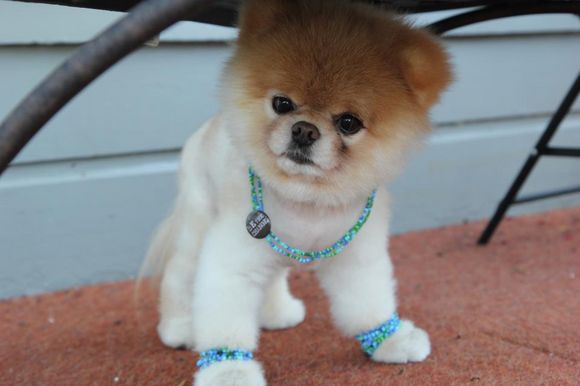 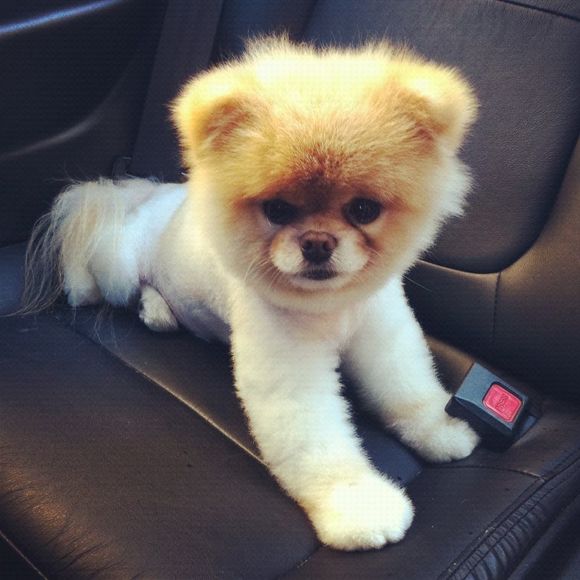 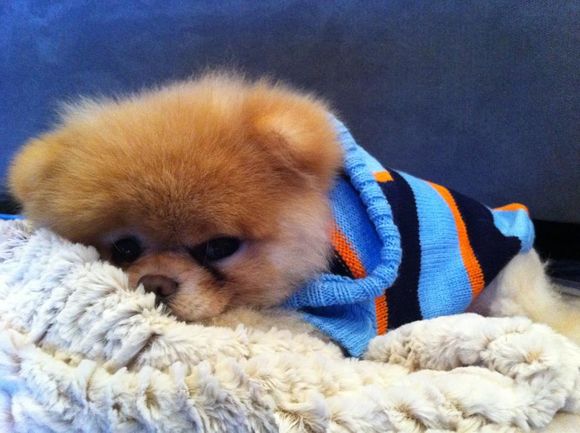 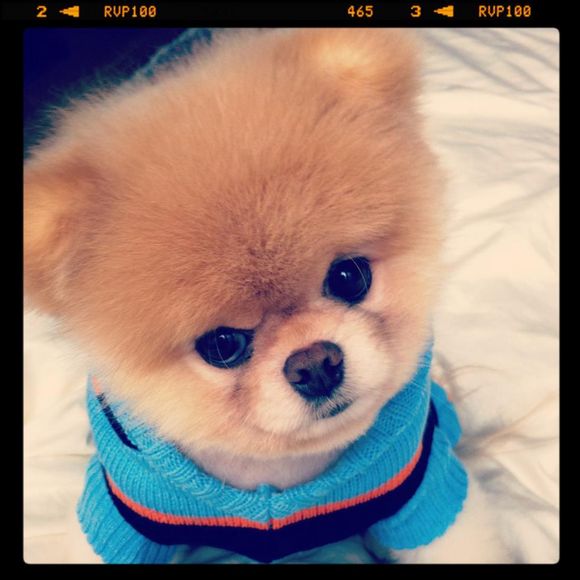 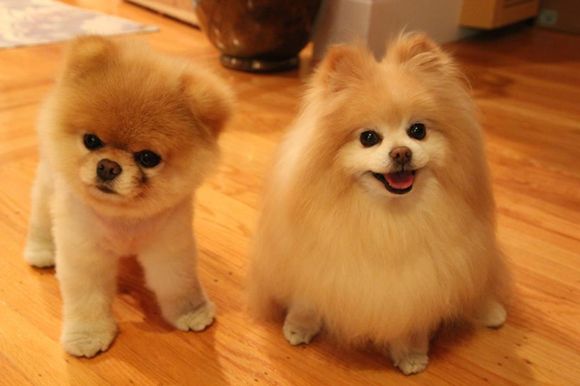 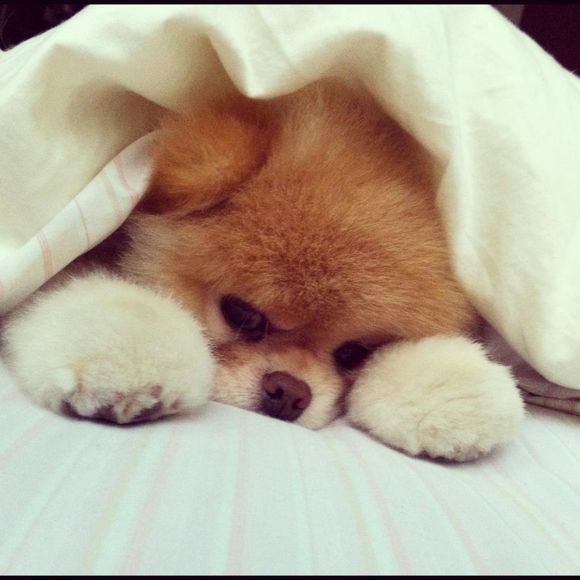 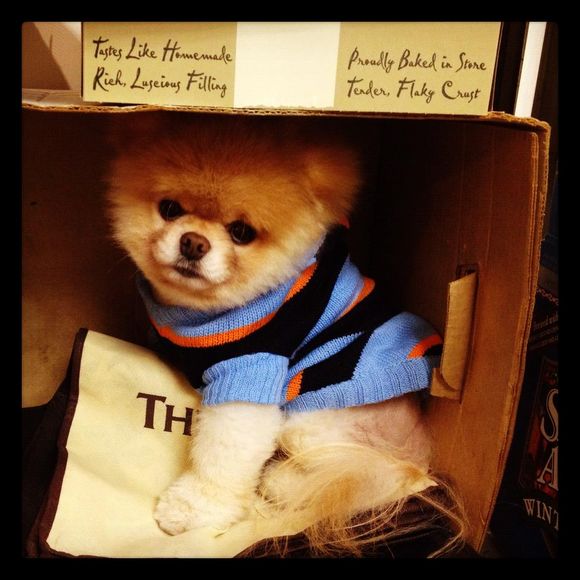 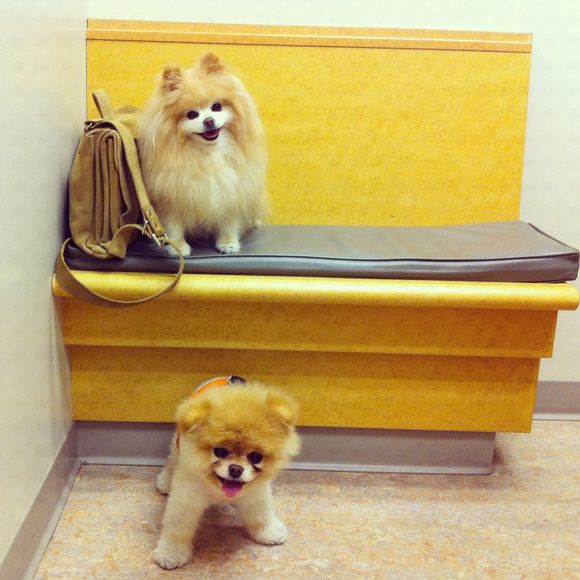 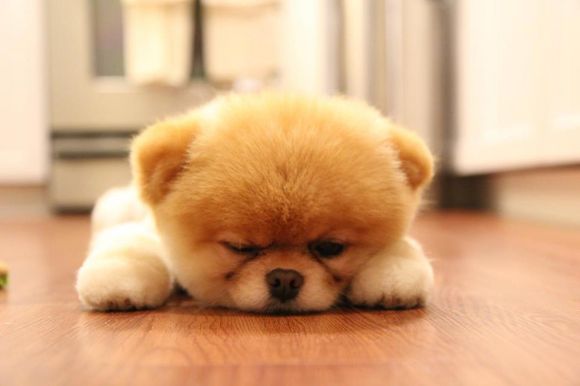 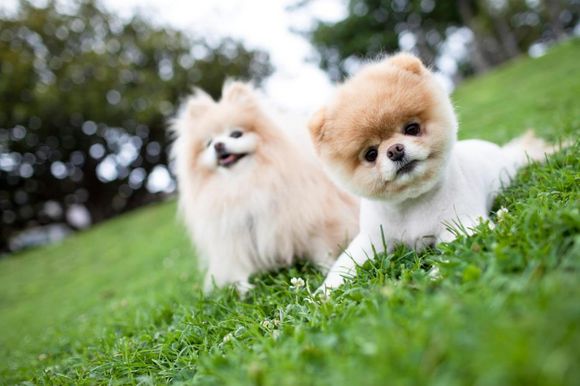 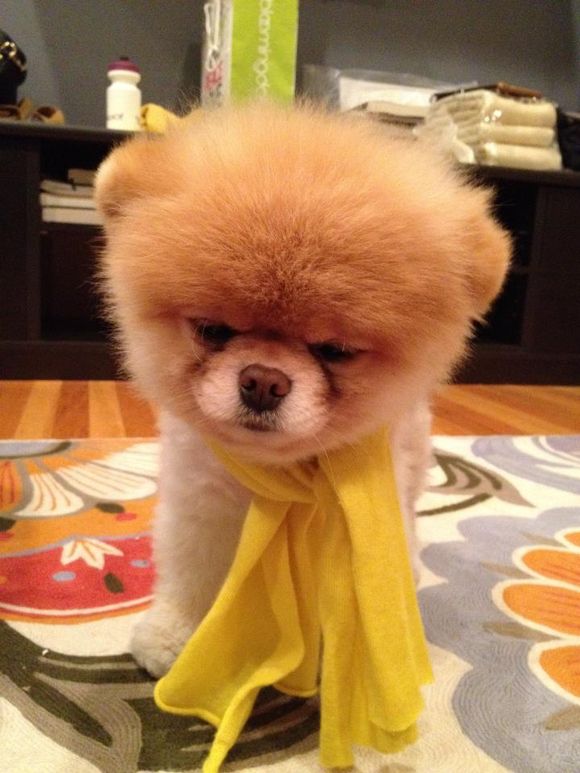