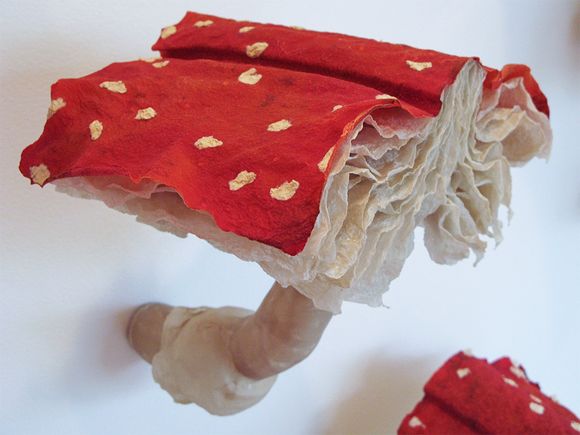 (S)Edition by Chicago artist Melissa Jay Craig is a series of 99 books that look like Amanita Muscaria mushrooms.

From the artist’s statement about her work:

“(S)Edition is really a single book that consists of the entire edition as an installation.

It’s kind of a reflection on my politics, or on my frustration with politics, both in the larger world and within the small book arts world.

It was made during a time I felt I needed to challenge each, and the best way for me to do that always is to make some work, rather than to present yet another paper at yet another conference or be yet another body in yet another demonstration.

Fungi are agents of change; they exist underground, concealed from us until they burst into fruition, surreptitious entities that play a role in breaking down and clearing away other dying organisms.

Even in this Internet age, books are still banned all over the world from fear of the ideas they contain.” 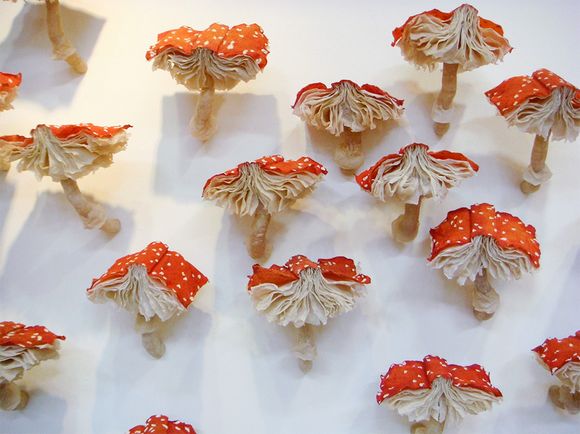 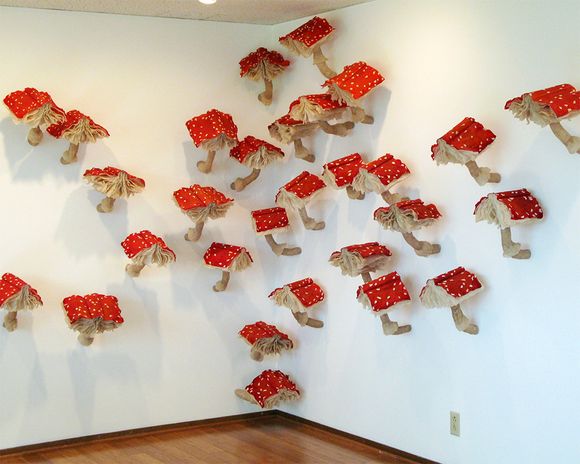 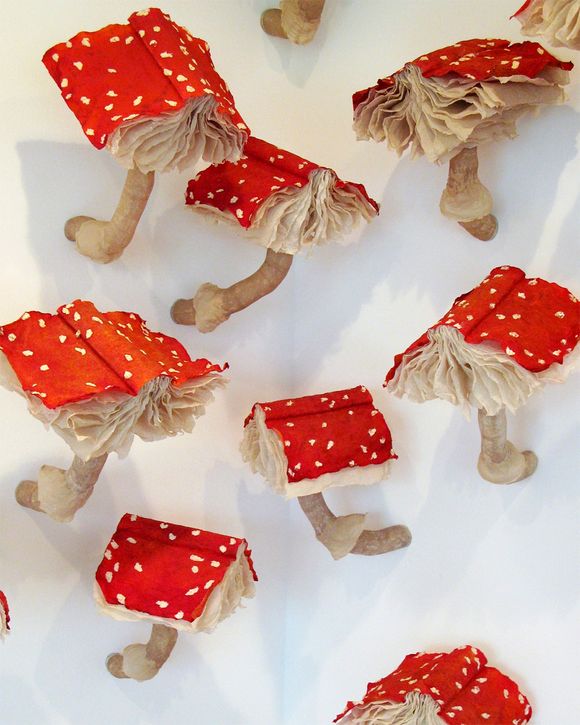 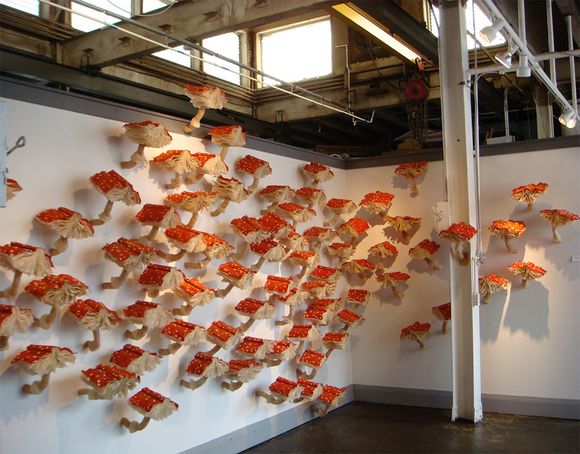 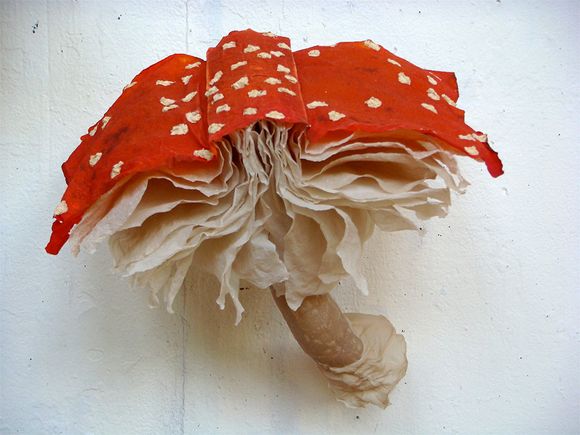