Phenomenon – something that is impressive or extraordinary.

{from Greek φαινόμενoν), plural phenomena, is any observable occurrence. Phenomena are often, but not always, understood as ‘appearances’ or ‘experiences’. These are themselves sometimes understood as involving qualia.}

A sinkhole, also known as a sink, shake hole, swallow hole, swallet, doline or cenote, is a natural depression or hole in the Earth’s surface. Sinkholes may capture surface drainage from running or standing water, but may also form in high and dry places in a certain location.

The mechanisms of formation involve natural processes of erosion or gradual removal of slightly soluble bedrock (such as limestone) by percolating water, the collapse of a cave roof, or a lowering of the water table. Sinkholes often form through the process of suffosion. 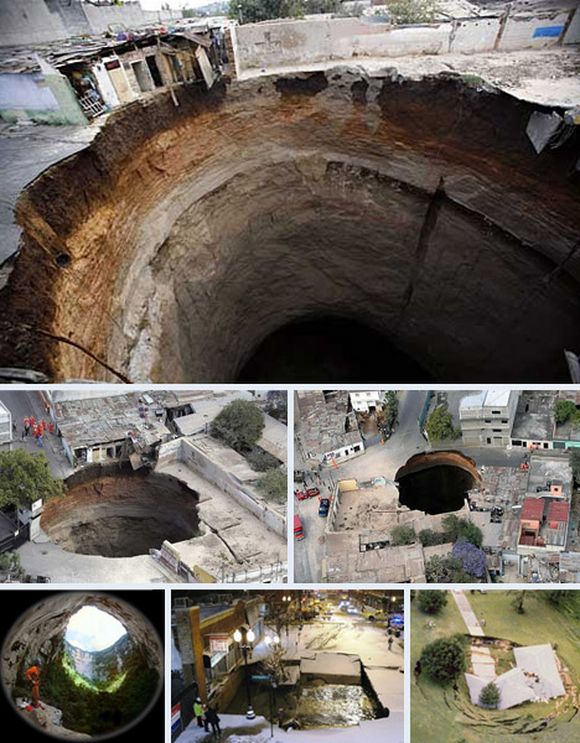 Penitentes, or nieves penitentes (“penitente-shaped snows”, in Spanish), are a snow formation found at high altitudes. They take the form of tall thin blades of hardened snow or ice closely spaced with the blades oriented towards the general direction of the sun. Penitentes can be as tall as a person.

These pinnacles of snow or ice grow over all glaciated and snow covered areas in the Dry Andesabove 4,000 m. 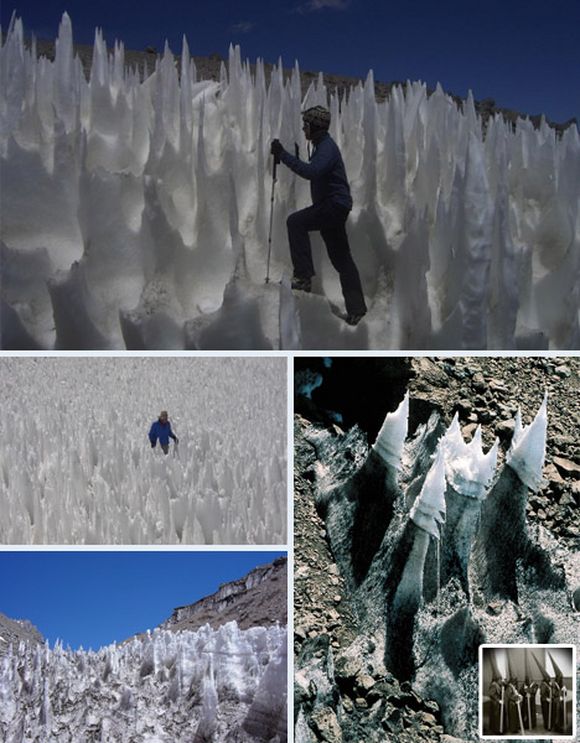 Light pillars are a kind of optical phenomenon which is formed by the reflection of sunlight or moonlight by ice crystals that are present in the Earth’s atmosphere. The light pillar looks like a thin column that extends vertically above and/or below the source of light.

The light pillar is prominently visible when the Sun is low or lies below the horizon. It normally forms an arc that extends from five to ten degrees beyond the solar disc. Light pillars can sometimes also be seen arising from the Moon.

Light pillars are formed by reflection from ice crystals with roughly horizontal faces. 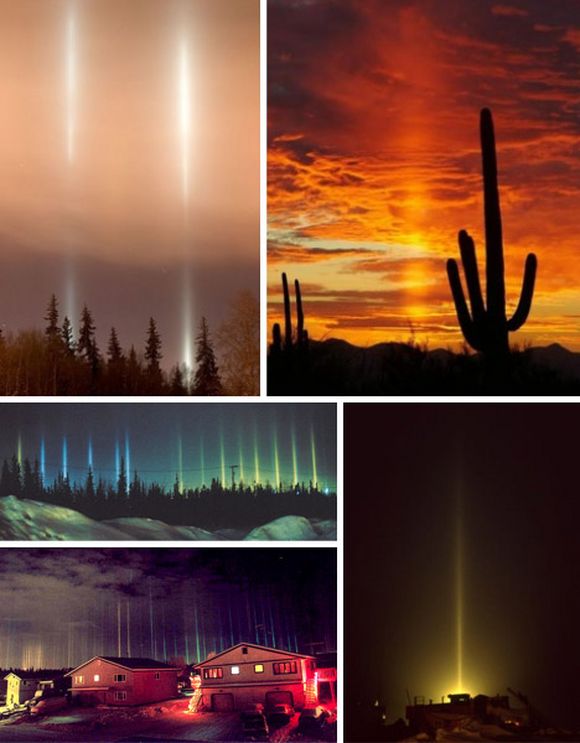 A sun dog or sundog, scientific name parhelion (plural parhelia) , also called a mock sun or a phantom sun, is an atmospheric phenomenon that creates bright spots of light in the sky, often on a luminous ring or halo on either side of the sun.

Sundogs may appear as a colored patch of light to the left or right of the sun, 22° distant and at the same distance above the horizon as the sun, and in ice halos. They can be seen anywhere in the world during any season, but they are not always obvious or bright.

Sundogs are best seen and are most conspicuous when the sun is low. 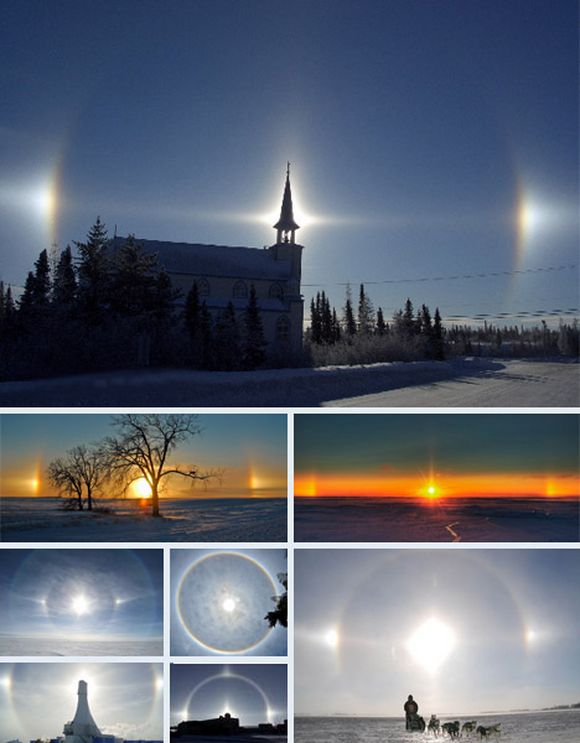 A fire whirl, colloquially fire devil or fire tornado, is a phenomenon—rarely captured on camera—in which a fire, under certain conditions (depending on air temperature and currents), acquires a vertical vorticity and forms a whirl, or a tornado-like vertically oriented rotating column of air.

Fire whirls may be whirlwinds separated from the flames, either within the burn area or outside it, or a vortex of flame, itself. 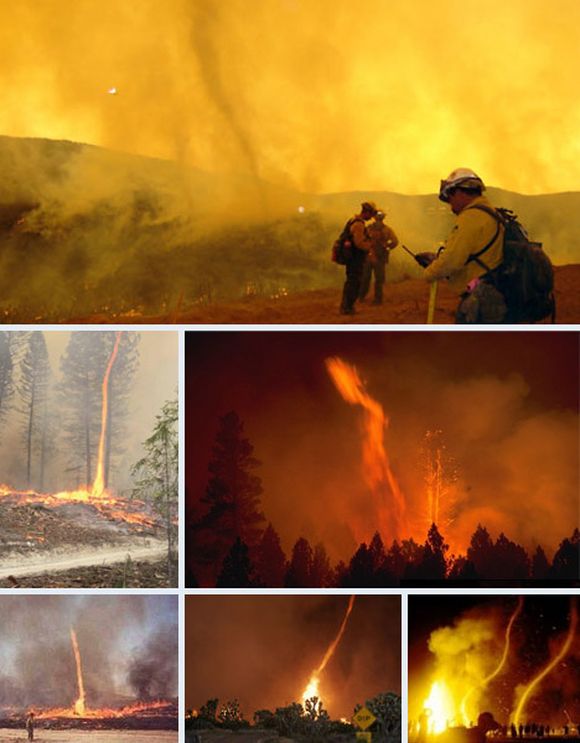 Orange moon -This effect is caused by the atmosphere of the earth. The reason for the orange color is due to the scattering of light by the atmosphere. When the moon is near the horizon, the moonlight must pass through much more atmosphere than when the moon is directly overhead. By the time the moonlight reaches your eyes, the blue, green, and purple pieces of visible light have been scattered away by air molecules. That’s why you only see yellow, orange, or red.

The moon can have an orange color at any time of the year. Sometimes the moon appears orange even when it’s directly overhead. This occurs when there’s a lot of dust, smoke, or pollution in the atmosphere. The size of those particles will determine the type of color you will see. 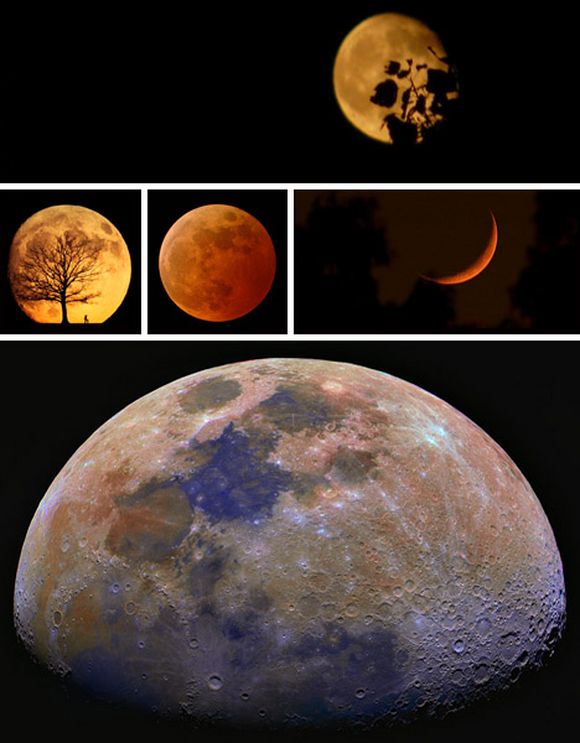 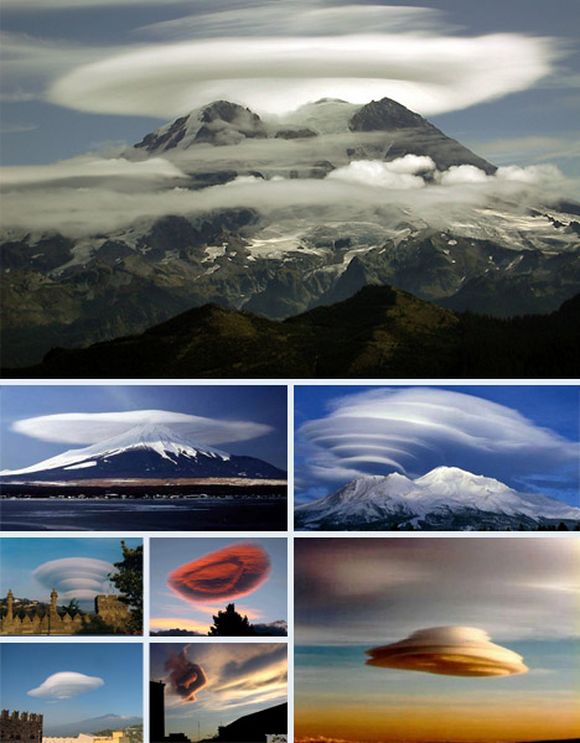